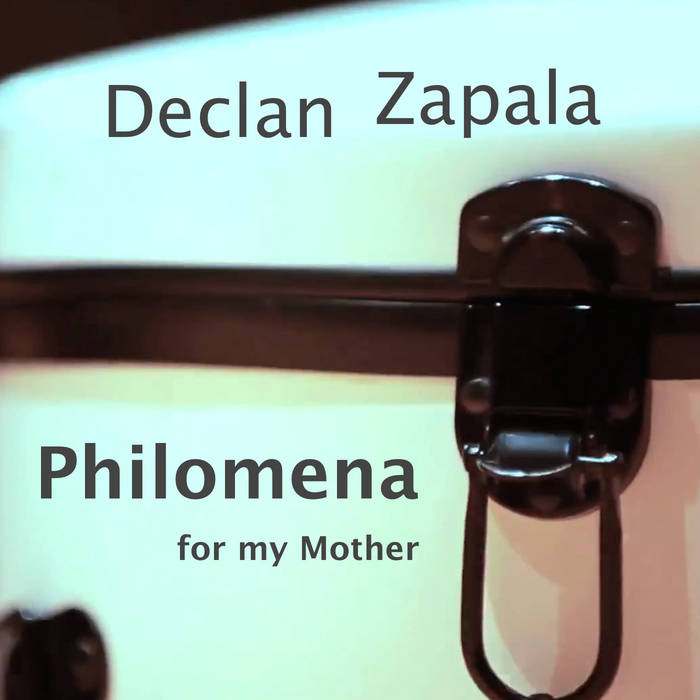 A little info about the piece:

This piece started life as a piece of music for my Mother, Teresa, (no, not that one!) who is Irish and plays bodhran (in case you're wondering what 5:00 is all about), so its full of all that kind of stuff!

Incidentally, when I started writing it the film of the same title was released, featuring Judi Dench & my favourite comedian, Steve Coogan. Judi's portrayal of Philomena Lee really struck a chord with me as I have always had a close relationship with my mother and, as I write this, my sister is about to give birth to my new niece. As you might imagine, I currently have an emotional attachment to this subject.

If you have not seen the film, Philomena is about a warm-hearted middle aged woman from Ireland called Philomena Lee who was sent to live in a notorious Magdalene laundry after becoming pregnant out of wedlock. Birth out of marriage is something that was seen as a scandal in Ireland up until very recently - in fact, the last Magdalene laundry wasn't closed down until 1996!! Philomena was cruelly brainwashed by the nuns who ran the establishment into thinking that her giving birth to her son Anthony, later renamed Michael, was somehow (what I consider an intellectually juvenile word in the 21st Century) a 'sin'. As part of their programme of forced adoption, they sold Anthony off for adoption to America against Philomena's will. After a lifetime of wondering what became of Anthony, on what would have been his 50th birthday, Philomena finally decided to tell her family of her so-called 'sin' and the remainder of the story is centred around her receiving support in her search for Anthony and all the curveballs that certain branches of the Catholic church threw at her. I like to think that if me and my own Mother had been in the same situation we would have searched for one another in the same vein.

Judi Dench's portrayal of Philomena was so startlingly similar to my mother's personality I found it quite unsettling; moved by the strength of the story and how, basically, Philomena is my Mother, I was drawn to dedicate the piece to both Philomena Lee's love for her son, and my own mother. (Hi Mum!)

Once again this is a charity single with all money made from single sales throughout July and August going to the 'Philomena Project' - a charity that assists women from the same past as Philomena Lee through the legal processes involved in the search for their estranged children whom were so cruelly taken from them.

Bandcamp Daily  your guide to the world of Bandcamp